JazzArt® at the Afro-American Cultural Center

now the The Harvey B. Gantt Center For African American Arts + Culture

Through comprehensive programs and presentations in visual arts, performing arts and through innovative educational programs, The Afro-American Cultural Center (AACC) preserves, promotes and presents African-American art, culture and history for the education and enjoyment of all.

In the later part of 2006, the then Afro-American Cultural Center ( which later became and now exists as the Harvey B Gantt Center for African American Arts and Culture) in Charlotte, NC approached HEI to provide art for their 2007 season series of events entitled "Jazz: The Story of A People".

Honored to be a part of this event. an exhibit of JazzArt, by EJ Gold and other artists from the Grass Valley Graphics group (GVGG), entitled Jazz Art: Artistically Alive was assembled and displayed during the months of February/March 2007.

Scroll down to see the JazzArt exhibited.

The center became aware of JazzArt as a result of the tremendous presence and appreciation it received while on display at numerous International Association of Jazz Education (IAJE) conferences, exhibiting 7' x 11' canvases as stage backdrops for concert venues, along with dozens of 3' x 6' monumental paintings and JazzArt images used as official conference graphics.

"This gig is extremely hip. I've never been in a place like this before where the music is with the art .... This was beautiful .... This is something that should happen more". Wynton Marsalis 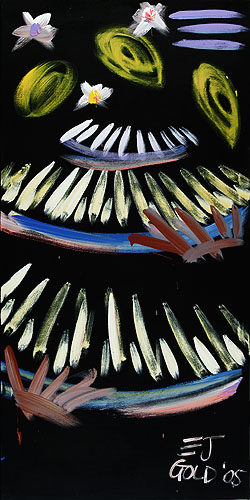 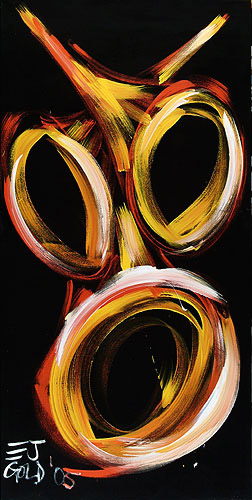 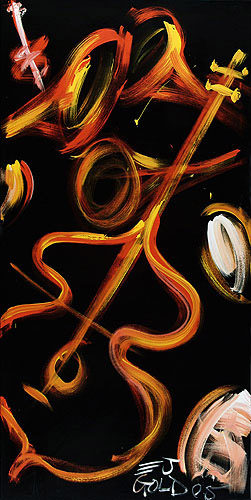 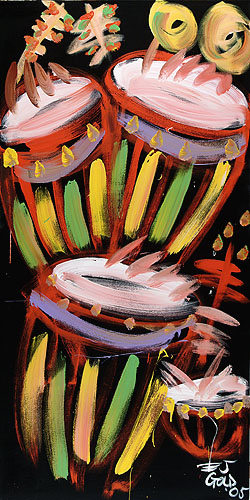